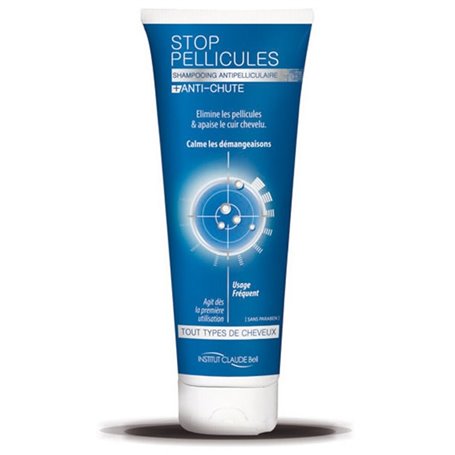 - limit the proliferation of germs responsible for dandruff.
- regulate the fatty scalps by limiting the production of Sebum.
- soothe and normalize the scalp.
- curb hair loss.

They are visible and are white, flat and detached spontaneously. Dandruff is often accompanied by unpleasant itching. They usually go hand in hand with a dry scalp.

They are rather small, round, yellowish and greasy. They adhere to the scalp and hair. They form a yellowish and sticky layer. They are accompanied by itching. In general, they are the result of seborrhea that is to say a scalp and oily hair.

CALM THE GAPS - THE CAUSES

This dysfunction can be caused by the hormonal system, inflammation of the scalp by poor hygiene, scratching, seborrhea, live in a dry air, use a hair dryer too hot or wash hair with a shampoo unsuitable or poorly Rinsed are possible causes of dandruff.

Dandruff is a favorable ground for the multiplication of micro-organisms (bacteria, fungi ...). The dandruff itch, then it scratches, causing inflammation. That's why we have to deal with the problem right away before it gets too big.

2 Lipacid Capigen and assets to quickly get rid of dandruff and slow down your hair loss. Dandruff are skin dander. The scalp as any skin normally renews removing superficial skin cells. Dandruff can be "dry" or "greasy".